skip to main | skip to sidebar


Local news coverage of an AHS display (Silverbell artifacts) in Tucson has attracted the attention of the Doubtful News. The editor writes, in part, as follows:

You can’t blame the museum for wanting to cash in on the interest. But there is a lack of critical thinking here. Lost tribes of Israel? The Romans? In ARIZONA? Unlikely. And it feels icky to suggest there is something more mysterious to them. It feels unethical.

As far as I can tell, these have virtually ZERO credibility, no supporting evidence, and should have been displayed as a "famous hoax".


Perhaps the display is innocent, but anyone wishing to evaluate the ethics of the AHS should review the hostile takeover and destruction of the once top rated Arizona Mining and Mineral Museum.  The original June 5th, 2010 post on this blog would be a good place to start.

Museum trying to cash in on Silverbell artifact popularity

http://doubtfulnews.com/2013/03/museum-trying-to-cash-in-on-silverbell-artifact-popularity/
Posted by Dick at 7:35 PM No comments:


While is office, Governor Mofford was a mineral museum supporter. Prior posts have explained how she and Polly Rosembaum supported the move from the original location on the state fairgrounds to the larger facility on Washington Street.

In a My Turn editorial in the Monday, March 25th Arizona Republic, Governor Mofford calls for the restoration of “one of the state’s most valued museums”.  It was a “vital educational tool” for Arizona’s children.

It is time for Arizona’s legislature to heed Governor Mofford’s call for action and fix the mess they made during ill conceived planning for the State centennial.  Why continue depriving students of a lifetime learning experience?

http://www.azcentral.com/opinions/articles/20130314state-mining-museum-vital-educational-tool.html
Posted by Dick at 10:12 AM No comments:


In over a century, the AHS has never produced a top rated museum. In spite of multimillion dollar budgets, along with free rent, attendance at its museums is so pitifully low that they refuse to disclose attendance numbers.  Then, in 2011, a political anomaly gave them control of a top rated museum, the Arizona Mining and Mineral Museum. That they promptly destroyed, along with its popular earth science programs for K-12 students.  Today, the building is an empty shell.

However, the AHS is still receiving the state funding that formerly supported the mineral museum. They are using it to conduct watered down science programs at, of all places, the Marley Center Museum in Tempe.  The Marley itself has such an ugly history of failure that the AHS does not even use its real name. They are promoting their “science” programs using the alias of the “AHS Museum at Papago Park”. The AHS is currently promoting a June 24th through June 28th event entitled; “Making Connections: Science and Social Studies”. Mixing science with social studies looks like an excellent way to firm up Arizona’s grip on last place (nationally) in science education.

How long will Arizona allow this nonsense to continue? This is not a responsible use of public funds.
Posted by Dick at 12:38 PM No comments:

As reported in the Jan 23, 2013 blog post, Senate Bill 1017 would have restored the Arizona Mining and Mineral Museum and recovered the Arizona mineral collection from the Arizona Historical Society.

Unfortunately, the bill was killed by Senator Shooter. As committee chairman, he refused to allow either a public hearing or a vote on the bill. The people were deprived of an opportunity to voice support for this bill. 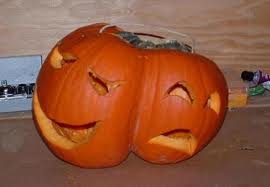 Marking Statehood Day on Thursday, Gov. Jan Brewer unveiled a sculpture donated to the state to honor Arizona’s mining history. The statue of Bisbee copper miner George Warren was commissioned by Jim Warne Jr., a Bisbee resident who said he wanted the bronze sculpture to serve as a reminder of Arizona’s rich mining history.

Some of the Governors exact words were:

Just one year ago, we celebrated Arizona’s Centennial and part of that celebration included honoring MINING as a vital ingredient in our state’s founding. --- I’m grateful that this historic figure --- now takes on three dimensional proportions and becomes a permanent part of Arizona’s tribute to mining in our state

If mining was a “vital ingrediant” of our states founding:

Why did the Governor (without cutting cost) deprive Arizona students of very popular school field trips teaching them about this “vital ingredient”?

Why did she, as part of centennial celebration preparations, eliminate the once top rated Arizona Mining and Mineral Museum that preserved this “vital ingredient”?

Why did she transfer the mineral museum budget and assets to the Arizona Historical Society for a vaguely defined museum about the future that was to feature “smells and vibrations”?

Dick
Committed to repealing sections of House Bill 2251 (49th legislature)and reassigning the Arizona mineral collection from the Arizona Historical Society back to an entity with appropriate scientific credentials. Also attempting to restore the K-12 education programs that served 40,000 children per year. The opinions expressed on this blog are the author's own, and do not represent the position of any organization. This blog is not politically motivated. It is critical of state entities because of one single issue.